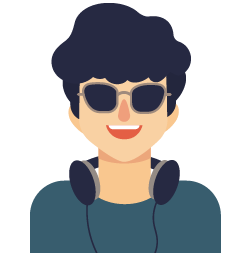 If you have a concrete driveway, it's common for one or more of the slabs to sink over time. This generally happens because the soil under one slab is not as solid or stable as the soil under the others. It's more likely to occur when the concrete was poured after a wet spell when the soil was soaked and moist. Some homeowners choose to simply ignore the fact that the slabs have sunk and live with them until it's time to have the driveway redone. But there is an alternative: having the slabs raised. Here are a few reasons having the sunken slabs raised is usually a wise choice.

Sunken slabs are a tripping hazard

It's really easy to catch your toe on the ridge between the sunken concrete panel and one that has not sunk. You may think you'll be careful and not do this, but all it takes is one dark and late night for you to forget and trip, injuring yourself. The sunken slab also poses a risk to visitors, especially those who are older or less agile. If someone is hurt on your property and your insurance company knows you were aware of the hazard but did not fix it, they may not cover the medical bills.

As one slab sinks, the soil between it and the neighboring slab tends to become exposed. Grass grows easily in this soil. When grass grows between driveway panels, it can look unkempt. Of course, you can kill the grass with weed killer or by pulling it out, but you'll have to do so regularly, which can prove annoying over the years. Having the slab raised should mostly eliminate the space between the slabs, putting an end to the excessive grass growth.

You might think you'll just leave the slab alone until the rest of the driveway needs work, but the thing is, sunken slabs tend to accelerate the rate of deterioration of a driveway. As the slab rises on one side and not the other, the pressure placed on it when cars park becomes uneven. This can cause the slab to crack, at which point it likely will require replacement. It's often better to raise the slab and prevent cracking in the first place.

Having slabs raised is often the best way to deal with an uneven driveway. Talk to a concrete company to learn more about driveway sunken concrete raising services.